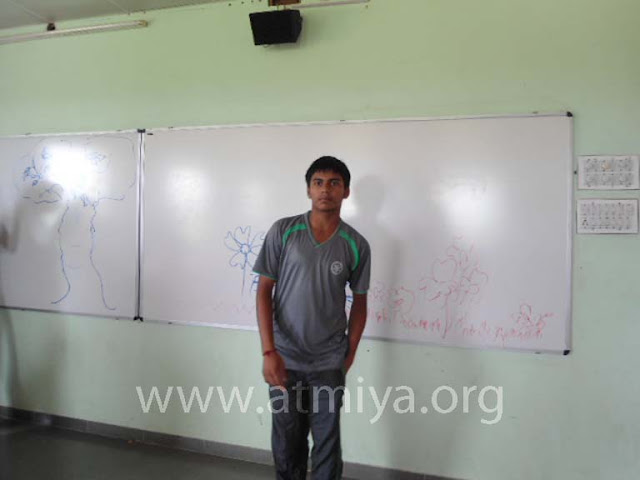 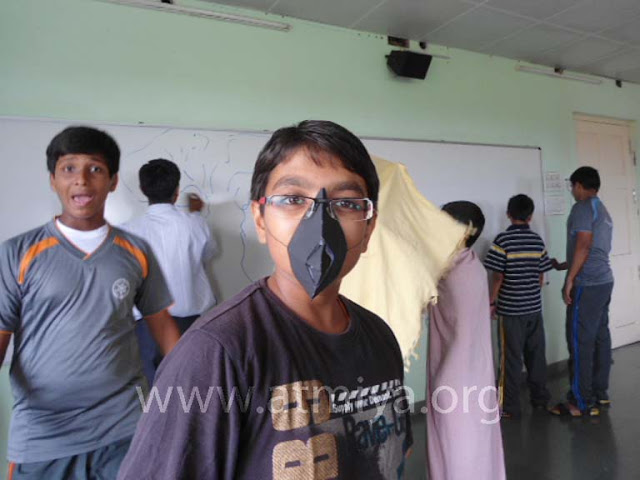 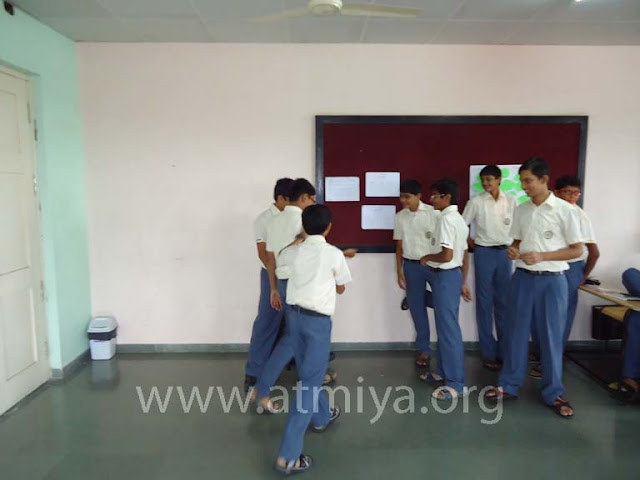 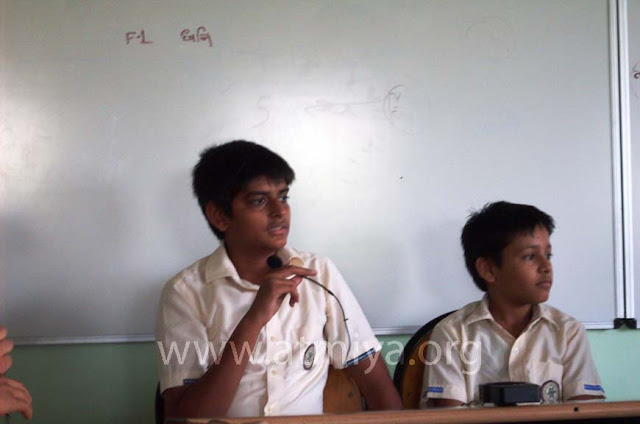 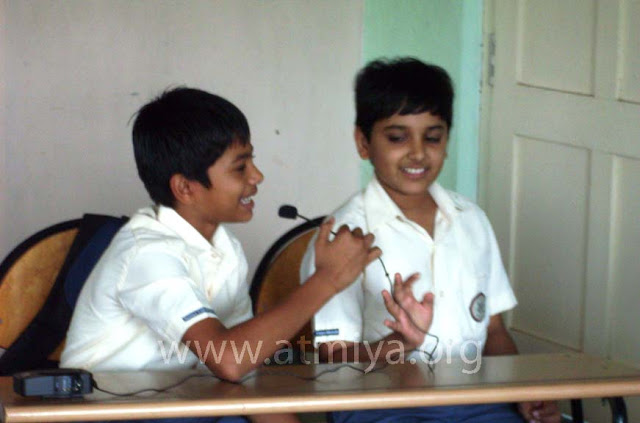 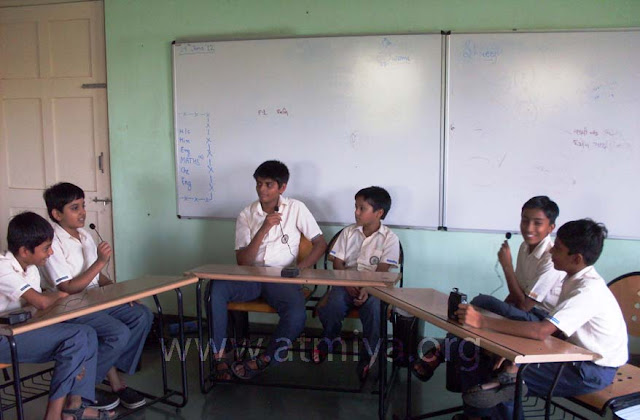 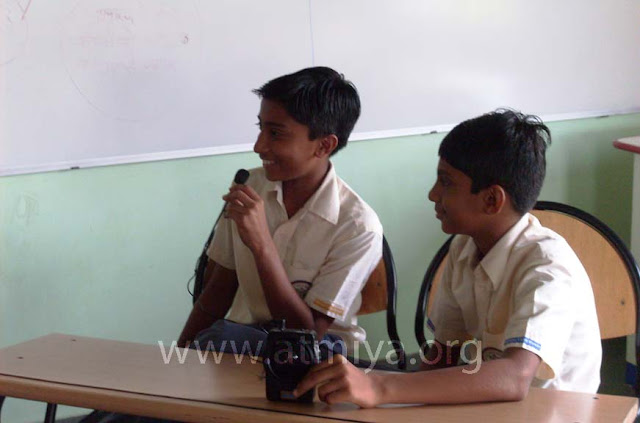 Sketch of a legend


Following is the list of students selected for the state level competition: Teachers: The light of our life

Who help in shaping our life

Who wipe our tears and make us smile!
Who solve our doubts,
Who guide us, teach us, discipline us,
Who play with us and helps us overcome our fears!
And finally make us shine like a star supporting us from back like a night sky!

These individuals seem to be God sent at Atmiya Vidya Mandir
Come let’s celebrate all these people who have made an impact on us from day one!

Devoted to make this day special for their teachers the students of Std 11 gave their soul and sweat while preparing for the function a fortnight prior to the eventful day. The whole celebration was planned secretly so as to keep the teachers wondering what was going around. Students decorated the entire prayer hall on the eve of teacher’s day to offer a pleasant surprise to the teachers.

And finally the day arrived. All students were seated in the prayer hall when the teachers made their grand entry. A memorable programme was organized to honour teachers with most powerful expression. Bestowing it with dignity and enriching it with a deeper sense of respect, the junior students welcomed the teachers by doing poojan and showering flowers on them. Then welcomed and greeted by the senior students, the teachers took their seats at the centre of the hall.

Having been well instilled with the belief that, nothing happens without the blessings of God, the hosts of the show (Raj, Sagar K, Harsh) invited the dignitaries of the school to do the poojan of Thakorji. Speaking on the occasion, Abhishek Ariwala gave a stirring speech about teachers day, he signified the importance of teachers in one’s life by narrating his experience at the school. Then started the cultural events of the day. The first performers to set fire on the stage were the AVM singing idols: Nilesh, Viraj, Yash, Abhishek D, Jigar, Nirmal, Anmol and Parag. They sang melodious songs with their sensational voice which mesmerized the audience, especially the teachers who couldn’t hold back their emotions and praised the students for their performance through their applause.

The amazing hosts of the event did a marvellous job just like professionals they were at the nook by keeping the audience entertained with their spontaneous bubbly remarks which had the teachers doubling up and rippling with laughter, reacting with resounding claps of joy. With enticing queries, they moved around the audience asking the students to say a few words about their favourite teachers, the hosts also asked the new teachers about their experience at the school.

After this, cards were presented to the teachers by the students along with their unique qualities written in it. This was followed by the groundbreaking and electrifying one-of-a-kind dance performance by Harsh Ambalia and group which was themed to thank the teachers for guiding us, inspiring us and making us what we are today and will be tomorrow.

The most emotional and heart touching event of the celebration were the glimpses of the teachers presented by the students in the form of a video which left everybody in the prayer hall in a state of nostalgia and awe. The glimpses enforced the message of love and caring that the teachers and student possess for one another.

Then came the legendary performance of the celebration by the group of Suhradam Sir which consisted of an unbelievable number of 256 students who performed on the song - You Have Made A Difference. The teachers were so emotionally touched that they couldn’t stop themselves from giving an applause with all their hands high in the air and which seemed to last forever. Finally it was clear that through their diverse creativity and dedication the students conveyed the message of samarpan to the teachers and that their love and affection for their teachers is deeper than any ocean and higher than the skies.

After the fabulous dance, Sagar N gave vote of thanks to every teacher who helped make the show successful. Then the school principal, Vijay Sir was invited to give the speech on Teachers Day. He shared his personal experiences about his childhood teachers and thanked all the students for putting up such an amazing show for the teachers and congratulated on the efforts of all the students.

In the school, the students took up the teaching job while the teachers sat in the classes alongside other students, enjoying the teaching of their students. It was a onetime experience to see the students dressed like teachers walking down the corridors shoulder to shoulder with the teachers. The whole day was very eventful and left treasurable memories in everybody’s minds.

Following is the list of students selected for state level competition from the school.