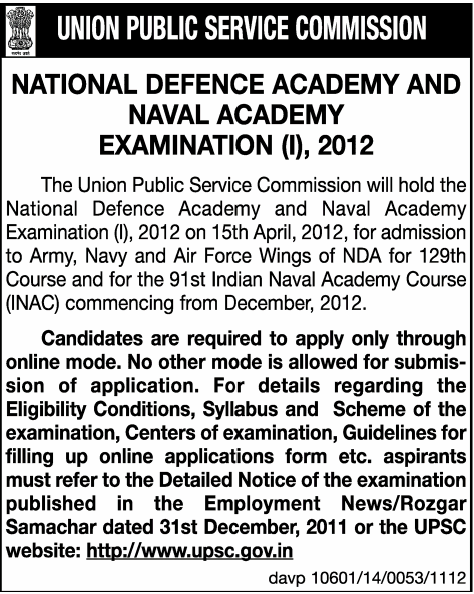 For information about other exams conducted by the UPSC, visit:
http://www.upsc.gov.in/exams/exams.htm#PageTop
Posted by AVM Teachers at Saturday, December 31, 2011 0 comments

Email ThisBlogThis!Share to TwitterShare to FacebookShare to Pinterest
Labels: Career

Suhradam House takes immense pleasure to celebrate the week commemorating the efforts of one man without whom Independence was just a word soothing to hear, but difficult to realize; he is none other than Sardar Vallabhbhai Patel. Members of Suhradam house exploited the opportunity to dwell deeper into the life of Sardar Vallabhbhai Patel ‘A Complete Man’ and share the nuances with all the children of Atmiya Vidya Mandir.


Throughout the week various incidents from the life of Sardar Vallabhbhai Patel were quoted in both the junior and senior assemblies. The participants of the assembly were as follows:


Throughout the week we heard about Sardar Vallabhbhai Patel’s life. We understood various characteristics of an ideal youth, from Vallabhbhai’s life. Sardar Vallabhbhai Patel was not only intelligent, but also bold, courageous and honest. He was a man of few words and lots of action and a fiery leader. He was very determined and led a selfless life. He was very inspirational, encouraging and a wise counselor. He was sincere, loyal and dedicated to his work.

The atmosphere of creative assembly was very mesmerizing. It was because of the presence of Sardar Vallabhbhai Patel in the arena. Children did a wonderful drama in which, Vallabhbhai graced AVM with his presence, guided and motivated all to live an independent successful life. There was an interview in the drama, 2 small skits and a dance at the end to felicitate Vallabhbhai. Participants of the creative assembly were as follows:

Vallabhbhai’s message to the students of Atmiya Vidya Mandir was to work together, work with unity, respect each other, respect your self and shun all the things that are hindrance in achieving our goal (target). Live together with Atmiyata.


Thus throughout the week children learnt about the life of a Vallabhbhai who made all the right choices in his life and the way he accomplished it. He was a man of multifarious brilliance and captivating personality. At the end children learnt what it takes to be an ideal youth like Sardar Vallabhbhai Patel, they learnt what it takes to fight constantly with the distractions of the demeaning world and remain focused on achieving the goal. We learnt how to fight with injustice in a non-violent manner. We learnt the importance of speaking truth, being honest and courageous.

Thus commemorating the incidences and learning from the life of such a great personality was a pleasure of Suhradam house.