“There is no glory in practice, but without practice, there is no glory”. Keeping this quote in mind the sports teachers organised the sports calendar for 2013-14. Throughout the year, the students of AVM participate in various inter-house sports competitions, but the Annual Athletic Meet is by far the biggest sporting event of the year.

At the beginning of the year, a decision was taken to pay more attention to the fitness of the students. In line with that, after the summer vacation, a 15 day fitness camp was organised by the sports teachers so that the students can get back into a proper physical shape. To maintain fitness throughout the year, more time was allotted to the running, jogging, exercise drills, etc. It meant a bit lesser playing time for the students. But soon, the improved fitness helped students to improve their skills in their respective sports and helped them become better at it. Morning jogging and yoga was included in the physical fitness program as a part of the winter session in the school. Getting up early in a cold winter morning is never an easy task, but the students and sports teachers overcame the hurdle and followed the program with sincerity. All these efforts led to a better fitness of the students and hence expectation of a better performance in the athletic events. 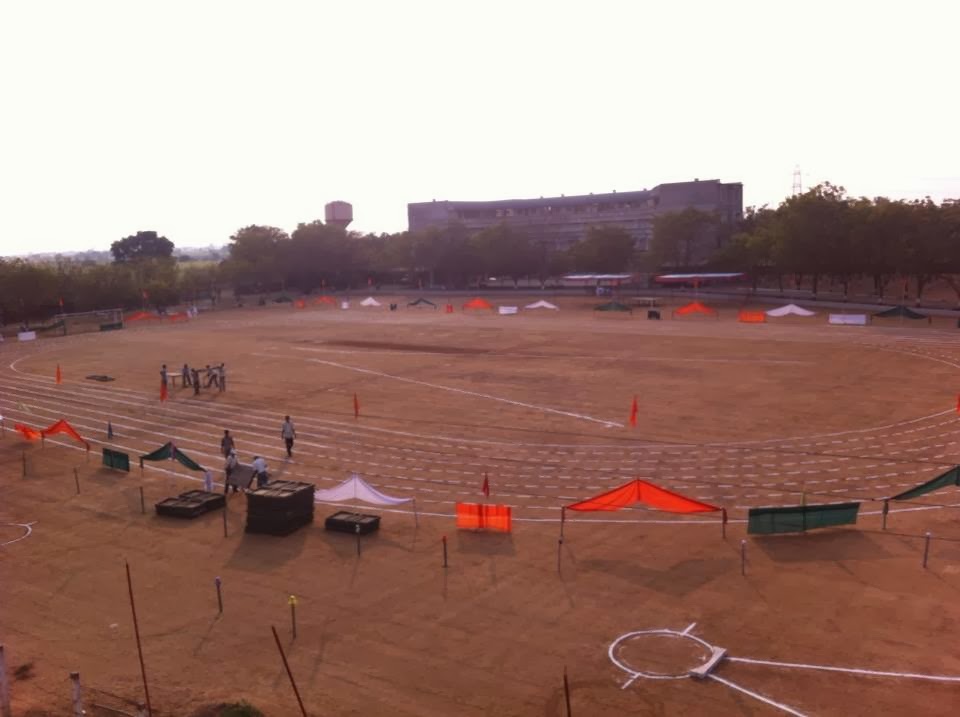 The preparation of this mega event started as soon as the inter-house football competition ended on 7th December 2013. The Sports department at AVM planned the event in such a way that all students can participate in their choicest events. To increase the medal winning opportunities for students, the participation of each student was limited to 3 events. This time around, the students were divided into different age categories and standards. Five groups were made so that the students could compete fairly. Here are the groups:
Each group consisted various track and field events to suit the capabilities of the students. After the success of introducing the Javelin Throw event last year, the sports team added Triple Jump event for groups D and E. 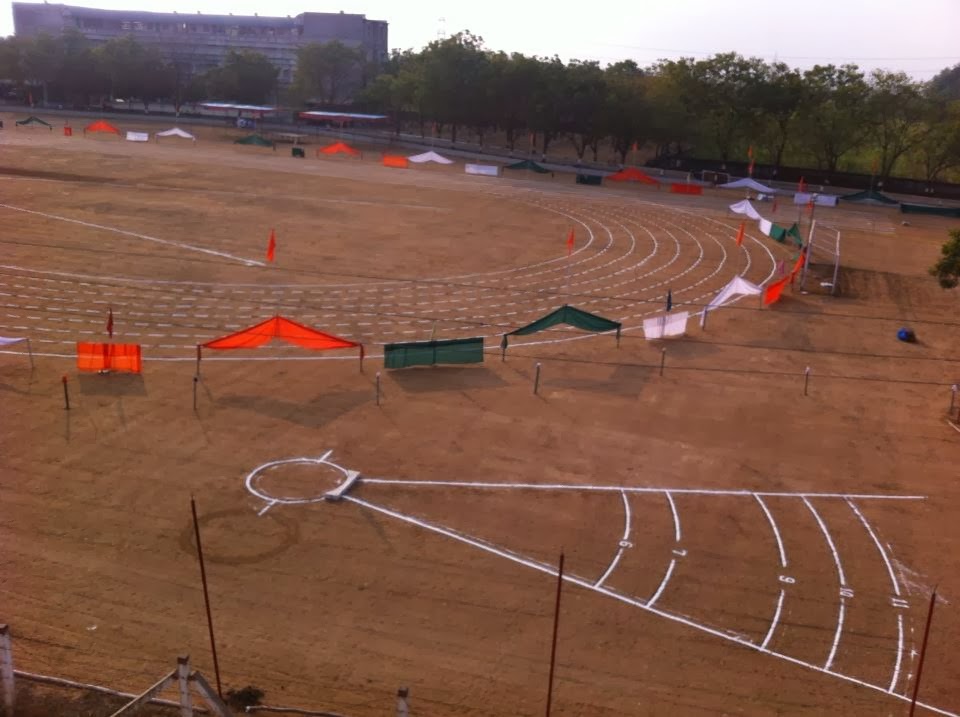 To make sure the students understood the rules of various events and developed specific skills, a 2 week athletics camp was organised leading up to the athletic meet. They were given opportunities to practice their events regularly with inputs from the coaches. Emphasis was put on maximizing the potential and aiming for better performances. To motivate the students further, existing school records and CBSE zonal records were displayed so that students push themselves harder to achieve more. 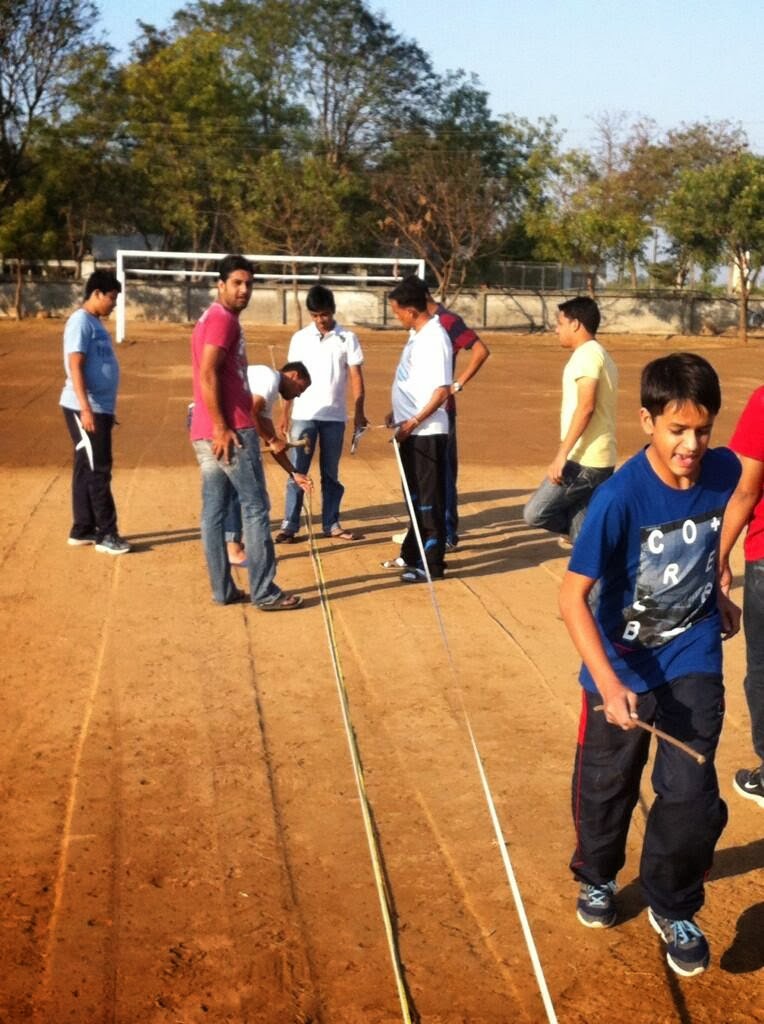 For teachers, the challenge was not only to prepare the athletes for this marquee event, but also to prepare a very high class athletic track and field arena so that the students can enjoy the event to the fullest. Sports teachers took extra time out from their routine to set up a wonderful arena. A 200 Meters track was prepared for all the track events. Around the track, fields for Shot Put, Javelin Throw, Discus Throw, Long and Triple Jump, High Jump and Ball Throw were marked and prepared. A special walk way was created around the track and field arena so that students could move freely and enjoy their choicest events. 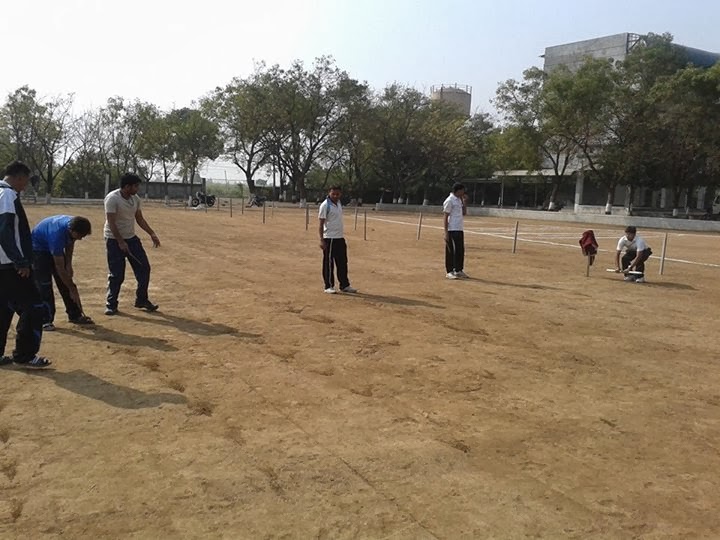 After some very meticulous planning and super preparation, the arena was set for the opening ceremony of the 10th Atmiya Annual Athletic Meet on 25th December.
More to follow.